you are watching: Using pressure to create a diamond here hiddentracks.org

During her first year, Courtney Ferguson ‘21 changed her major from political science to mass communication.

Not only did she think she would find better prospects in journalism, but she flat
out says “political science just wasn’t for me.”

Four years later, Ferguson is graduating from Towson University with a degree in mass communication. But she finds herself returning to politics anyway.

Starting this fall, she will attend the University of Virginia to earn a master’s
degree in public policy.

Ferguson, who spent three years as part of the Student Government Association, hopes to run for public office one day. And she knows her time at TU has her prepared
for the future.

“Everything I’ve done has taught me something, and those skills are going to help
me in the future,” Ferguson says. “Whether it’s time management, effective communication,
being a good leader or a role model, I’ve gained all those skills from Towson University.

“Especially my love for community service. I’ve been volunteering since I was a kid,
but I really love how Towson University takes such great pride in helping others.”

The past four years, she participated in the Big Event—TU’s largest day of community service—as well as TigerThon, a dance marathon that raises funds for the Johns Hopkins Children’s Center.

She completed community service projects in the Baltimore area even before arriving
on campus by participating in Project Serve, a three-day community service experience before Welcome to TU’s new student orientation.

Ferguson thought about being a news anchor, even practicing her on-air sign-off. But,
in the back of her mind, she always returned to helping people.

So she looked at what else her bachelor’s degree could do and took an internship at
the Children’s Defense Fund in Washington, D.C.

It was there she learned about nonprofits and found a passion for using public policy
to help people.

“It truly changed my life,” Ferguson says. “I used to joke that I wanted to be like
Olivia Pope [from the television show Scandal], the crisis manager that people envy and also fear. Then I interned at the Children’s
Defense Fund, and I was like, ‘This is exactly where I need to be.’

“There are over 73 million children in America, and they need someone to amplify their
voices. Hopefully with the skills I learned from the internship and at TU, I can run
for public office and be the change I wish to see in the world.”

Originally from Fort Wayne, Indiana, Ferguson always wanted to go to a school on the
East Coast. She wanted to be close to Washington, D.C.—where America’s decisions happen.

After not making the TU’s national championship dance team, she used that rejection
as redirection and joined as many extracurriculars as she could. Ferguson participated
in the Pom Squad, the Freshmen Council, as a marketing intern for Towson University’s Office of Marketing & Communication, the Fusion Dance Team, the TU Presidential Ambassadors and even won Miss Southern Maryland in 2018.

She also was the only Zumba instructor at the Rec Center. Her classes, titled “Fit with Ferg,” led to cherished memories. As she taught her
last one, she couldn’t hold back the tears.

“I haven’t cried that much in a while,” Ferguson laughs. “Teaching Zumba is one of
the experiences that saved my life. I know my students will say that I made them stronger,
but it was them who made me stronger.”

As Ferguson looks back at her time at Towson University, there were times she felt
out of place. But it was through getting involved and finding her passions that she
built a community for herself.

“There were times my freshman year where I would go to my RA and cry because I felt
like I didn’t belong at TU. And he would sit me down and say, ‘Courtney, diamonds
are made out of pressure, and all this hard work will be worth it,” she says, describing
those stressful early years.

“And I honestly say that I am the person I want to be now. I’m doing all the things
I want to do. Because I got involved, it’s helped me be the person that I wanted to
be freshman year.”

Get to know more TU grads

Towson University concludes its week of Commencement celebrations on Friday, May 21, with ceremonies honoring the 2021 graduates from the College of
Health Professions (CHP) and the College of Business & Economics (CBE).

With all the social injustice happening in the world, LaKaitlin Wright wanted to make
her voice heard. The Alamo, Georgia native understands while protests and petitions
are important, the best to make a change is by getting out and voting.

That’s why the senior women’s basketball player decided to get involved with TU Athletes
Vote, a nonpartisan group that connects TU student-athletes with educational resources
related to voting.

TU Athletes Vote, a partnership with the Office of Civic Engagement & Social Responsibility and the TU Votes Coalition, provides resources on absentee ballots, information on candidates and each state’s
voting rules. During the 2020 election season, thanks to Wright and other members
of TU Athletes Vote, 11 Towson University teams had 100% of the rosters registered
to vote.

“I think the most surprising thing when I’m talking to students is that they don’t
understand how important it is and how much of an impact they can have,” Wright says.
“It was hard at first getting students to understand that their voice could be heard.
But to see that progression—we have teams that are 100% registered to vote—it’s beautiful
to see.

“It has really brought camaraderie between the student-athletes on campus.”

While having her voice heard at the polls was a big part of her time at TU, she also
found a passion for the science of aging. So, when she crosses the Unitas Stadium
stage on Friday, she will be earning a degree in Gerontology.

College of Business and Economics

As the coronavirus shut down much of the world, Amanda Margkrathok began the hunt.

Not only was the College of Business & Economics graduate seeking swabs, saline, goggles,
gowns and masks, she was also hoping to snare a medical item that will be in high
demand once a COVID-19 vaccine is approved.

“I was asking some manufacturers if they would expand their product lines to produce
syringes,” she says.

This was all part of her Pathways internship with the Joint Program Executive Office
for Chemical, Biological, Radiological and Nuclear Defense (JPEO-CBRND) in the U.S.
Department of Defense. The Pathways Internship Program offers paid internships in
federal agencies, many of which lead to full-time jobs within the government.

One of the “mature group of students,” Margkrathok enrolled at TU 10 years after graduating
from high school. “I needed a bachelor’s degree,” she explains. Without one, her career
was stymied.

She took prerequisites at Harford Community College, then left her job at a credit
union to pursue a dual major in business administration, and business systems and
processes full time. Margkrathok was balancing family — a husband and two girls —
her internship at Aberdeen Proving Ground and her campus classes.

In the wake of COVID-19, she’s navigating all these responsibilities from home. But
the lockdown has given her the opportunity to learn more ways to work remotely, adding
Microsoft Teams, and courses in SharePoint and Metadata to her repertoire.

“The pandemic has taught all of us how we can collaborate so much more efficiently,”
she says.

We’re proud of all our graduates and we’re eager to celebrate their achievements,
together.

How To Apply | Towson University 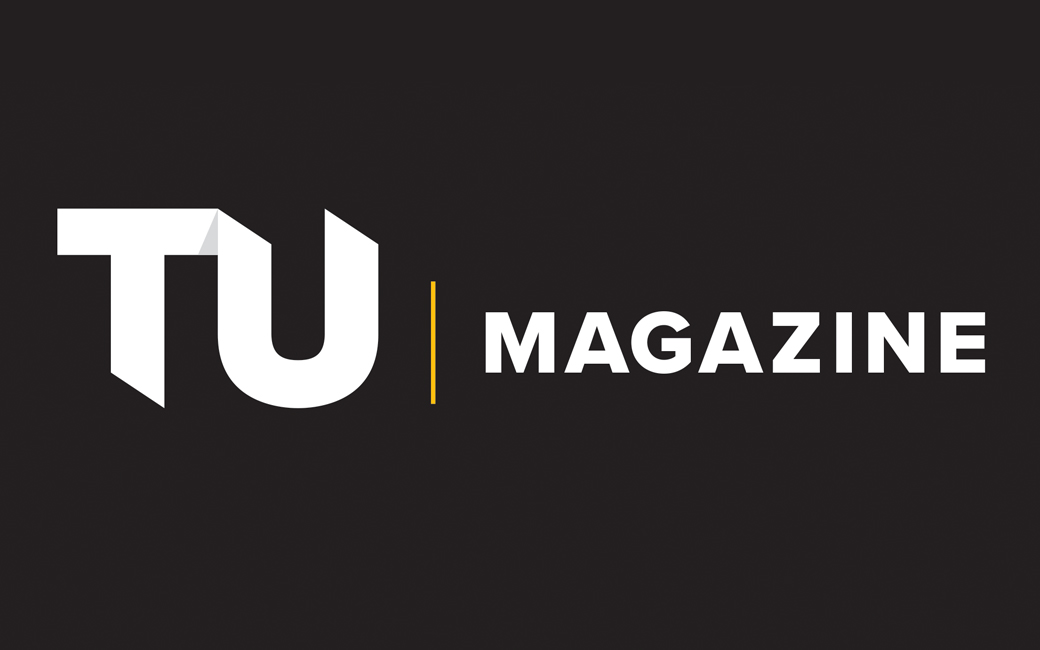 As Cool as a Cucumber

What Is a Personal Pronouns? Examples & Exercises