you are watching: Notes – The Wife of Bath here hiddentracks.org

Notes – The Wife of Bath

THE WIFE OF BATH

Chaucer has supplemented this character-sketch of the Wife of Bath by making her give, as a prologue to her tale, an only too vivid history of her very varied married life. From this we learn that she was married for the first time at twelve, and for the fifth at forty. Age, she tells us, had now bereft her of her beauty, but in a phrase which even in the mouth of so coarse a woman retains some pathos, she says also,

Her first three husbands were all rich old men, who left her their lands. As Bath was a centre of the cloth trade we must imagine that one of them had been a cloth-maker (this according to the trade custom of the time would give anyone who married his widow a right to succeed to his place in the clothmaker’s gild) and so account for the Wife’s own skill in the craft. The gild system did not encourage the employment of women in manufactures, but in the kindred craft of the Fullers a workman was allowed to work “with the master’s wife or her maid who sits at her table” {Regulation of the Lincoln Fullers, 1337) though with no other woman. Next to her matrimonial experiences, the most noteworthy thing which Chaucer tells us about her is the extent of her pilgrimages, on the longest of which she seems to have gone alone, since she says of her fourth husband ‘‘He deyde whan I cam fro Jerusalem,” which implies that he had not gone with her. But such long journeys seem to have been more rather than less common in Chaucer’s time than now, as is suggested by special provision being made for them in the ordinances of some of the gilds. Thus in the rules of the Tailors of Lincoln we read: “if anyone (i.e. any member of the gild) wishes to make a pilgrimage to the Holy Land of Jerusalem, each brother and sister shall give him a penny; and if to St. James’s or Rome, a halfpenny; and they shall go with him outsides the gates of the city of Lincoln; and on his return they shall meet him and go with him to his mother church.” In the same way a brother or sister of the gild of the B.V. Mary at Hull, who wished to go to the Holy Land, were released from the yearly payment “in order that all the gild may share in his pilgrimage.” In the Ellesmere manuscript the Wife is depicted, quite appropriately, as riding astride her horse, the custom of women riding side-saddle having only been introduced into England by Anne of Bohemia, Richard II. ‘s first wife, and not yet having become general, though the fashionable Prioress is made to adopt it. The artist has done justice to the size of the Wife’s hat and kerchiefs. Her gown is red, her trouser-like foot-mantel blue. The scarlet hosen are not visible.

446. She was som-del deef, and that was scathe. The little deafness for which Chaucer pities the Wife was the result of a blow received from her fifth husband who, while reading out sarcasms on women from an old book, suddenly found himself knocked into the fire and three leaves torn out of his precious manuscript. He was so frightened, when she fainted at the blow he gave her in return, that the book was burnt and she ruled him, for his good, ever afterwards.

447. Of clooth-makyng’ she hadde swich an haunt, etc. The making of cloth, in which the Wife was so expert, was at this time one of the chief west-country industries, so much so that the manufacturers of this district had developed their own tricks of trade, and in 13 Richard II. those of Somerset, Dorset, Bristol, and Gloucester were forbidden so to fold and tack their cloths as to prevent purchasers from examining them. In 50 Edward III. the merchants of Bristol were forbidden to interfere with the annual cloth-fair held at Bath, and that they had attempted to do so proves how important a centre of the trade Bath had then become.

448. She passed hem of Ypres and of Gaunt: Ypres, Ghent, and Bruges were the chief seats of the Flemish wool trade in the thirteenth and fourteenth centuries. It was from these towns that the Flemish weavers were attracted by the protection offered by Edward III. to settle in large numbers in England. It is probable that Chaucer had these immigrants in mind when he wrote this verse: the Wife was cleverer than the foreign workmen who came over to teach her.

449. wif ne was ther noon That to the offrynge bifore hire sholde goon. Cp. 1. 377. Precedence was immensely thought of in the Middle Ages, and is still respected in country churches. [A rare example of ‘going’ to the offering survives at S. John’s College, Cambridge, where, at the offertory in the Communion Service, those present go up in order of their academical rank and place their offering on a small table set near the altar rails, at which they kneel before going back to their seat. This must exactly continue the medieval custom.]

454. they weyeden ten pound: this is said to be only a slight exaggeration.

460. at chirche dore. The greater part of the marriage-service, including the putting on of the ring, used to be said before (i.e. outside) the church door. [The rubrics directing this continue to be quite explicit in the Sarum Manuals of the sixteenth century (In primis statuantur vir & mulier ante ostium ecclesie coram sacerdote & populo … [After the joining of hands and benediction] Hie intrent ecclesiam usque ad gradum altaris. Manuale ad usum Eccl. Sar., Paris, 1526). A good picture of such a marriage outside the church will be found in a French fifteenth-century Horae at the British Museum, Add. Ms. 27697. No doubt the object of the custom was to ensure the greatest possible publicity for the fact of marriage.]

461. Withouten oother compaignye, besides other lovers. [“This expression (copied from Le Rom. de la Rose, 1. 12985— ‘autre companie’) makes it quite certain that the character of the Wife of Bath is copied in some respects from that of La Vieille in the Roman de la Rose, as further appears in the Wife’s Prologue.” Skeat’s note.]

465. at Boloigne, probably Boulogne, where an image of the B. Virgin, or rather a fragment of one, is still venerated. Pilgrimages were also made to Bologna, but it is reasonable to suppose that the reference is to the nearer place.

466. In Galice at Seint Jame: the shrine of S. James, the Greater, at Compostella in Galicia in Spain.

466. and at Coloigne: the shrine of the Three Kings of the East who ended their travels at Cologne.

468. Gat-tothed. According to Prot. Skeat, this means “gaptoothed (a gat is an opening, and is allied to gate), having teeth wide apart or separated from one another,” supposed to be a sign that one “should be lucky and travel.” This suits the context here very well, but in the Wife’s Prologue she says (D 603 sq.): “Gat-tothed I was, and that bicam me weel I hadde the prente of Seint Venus seel “: and this points rather to the derivation goat-toothed, i.e. lascivious. If the word were in common use it would account for Chaucer’s retaining any popular pronunciation, despite the fact that his ordinary form for ‘goat’ is ‘goot.’

475. Of remedies of love she knew per chaunce, etc. [Prof. Liddell omits the stop at the end of the previous line, so that ‘remedies of love’ are made the subject of the wife’s ‘carping.’ But this gives no very good sense to ‘per-chance,’ and the ellipse of the relative (she knew = which she knew) is also against it. With the punctuation here adopted the most pointed sense would be obtained by giving initial capitals to ‘remedies’ and ‘love’ and translating: Perhaps she knew Ovid’s Remedia Amoris [this, of course, is a jest] for she was well versed in all the approved devices of lovemaking. If we reject this, we must make a knowledge of the ‘remedies’ of (means of relieving, i.e. gratifying) love, distinct from a knowledge of love’s ‘old dance’ (the recognized tricks of lovers).]

What are Interrogative Pronouns? | Examples & Exercises 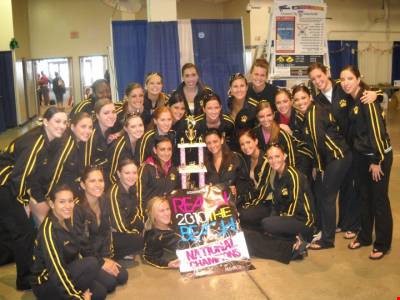 How TU students can earn prizes, scholarships for vaccination against COVID-19 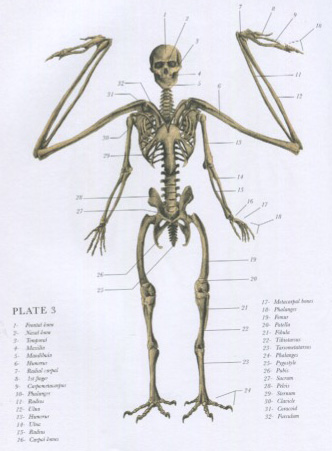