The term Clerk was applied to any ecclesiastical student, and though Chaucer’s Clerk had long applied himself to Logic, the principal subject in the Arts course at all medieval universities, we may think of him as a young man, since twelve or thirteen was the usual age for boys to go to the university. He was still in need of his friends’help to pursue his studies (1. 299), perhaps with a view to taking up the long course in Theology, but had probably taken his bachelor’s degree in Arts at Oxford, and perhaps been abroad, according to the peripatetic habits of the day, to learn from foreign teachers. If we were to take the prologue to his Tale of Grisilde literally we should have to say that he had been at Padua, where there was a famous university with many foreign students, since he tells us that he had there met Petrarch. But this was more probably a piece of Chaucer’s own experience, and some writers have founded on it a theory that in the character of the Clerk he is really describing himself. For this there is very little to be said, for Chaucer, though he could appreciate the Clerk’s unworldliness, was certainly not a man of the same stamp, and would probably have preferred many books to those ‘of Aristotle and his philosophie,’ not to men tion that he was not an ecclesiastic but a very busy servant of the Crown, the very thing he praises his Clerk for not being. The Ellesmere picture of the Clerk is one of the least successful. Justice is done to the leanness of the horse, but that is all. We may be sure that the Clerk would not have carried his precious books about with him in this promiscuous fashion, and the violet garment he is wearing can hardly be a ‘courtepy.’

291. For he hadde geten hym yet no benefice: Dr. Flügel suggests that the Clerk did not wish for a benefice, because the work of a parson would have taken him from his studies; but Chaucer only says he had not yet got one. According to the picture Wyclif draws of the church patronage at this time, benefices did not easily fall in the way of students who had no money to give in presents and would not neglect their work to make themselves useful to the lord of the manor or agreeable to his lady.

292. Ne was so worldly for to have office: clerks monopolized so much of the educated ability of the country that not merely many legal offices, but all sorts of positions of trust in great houses were filled by them.

294. Twenty bookes, clad in blak or reed, black calf or red sheep-skin. Red morocco was not yet known in England. Twenty books would not have been a bad library for a poor scholar in Chaucer’s days, even if he liad copied some of them himself. In the Legend of Good Women we hear of ‘sixty bookes olde and newe ‘ in Chaucer’s own possession, all with stories about women in them. But we must not take this too literally.

295. Of Aristotle and his philosophie. In the early days of the University of Paris only the Logic and Ethics of Aristotle were read, his Metaphysics and Natural Philosophy being interdicted. But the interdict was removed in 1255, and for some two and a half centuries from that date Aristotle reigned supreme in all the universities of Europe.

296. Than robes riche, or nthele, or gay sautrie: These would have been great temptations to Nicholas, the Oxford clerk, in the Miller’s Tale, in whose bedroom ‘ther lay a gay sautrie On which he made a-nyghtes melodie.’

297. al be that he was a philosophre: dabblers in alchemy, as well as students of logic and metaphysics, were called Philosophers (a name for them still preserved in ‘the Philosophers’ stone’). But their coffers were mostly emptier even than those of Clerks if we may judge from the Canon’s Yeoman’s Tale.

299. al that he myghte of his freendes hente: Dr. Flügel parallels from God Spede the Plough, 75: ‘Than commeth clerkys of Oxford and make their mone: To her scole hire they most have money.’

307. Sownynge in moral vertu: cp. the Doctor’s Tale of Virginia (1. 54): ‘alle hire wordes, moore and lesse, Sownynge in vertu and in gentillesse.’ ‘Sounding in’ seems to mean something like ‘eloquent with,’abounding in.’

These notes are reproduced verbatim from Alfred W. Pollard, Chaucer’s Canterbury Tales: The Prologue, London: Macmillan, 1903. The book is in the public domain and available for viewing and download from Google Books. Although the book is old, the notes are generally enlightening and accurate. Nevertheless, users doing detailed research on aspects of the General Prologue should, if possible, also consult more recent notes in print publications such as The Riverside Chaucer, ed. Larry D. Benson, 3rd ed., Boston: Houghton Mifflin, 1987.

How To Write Minutes of Meeting Effectively (with Examples)

Major in Environmental Science and Studies

What Is an Adverb of Place 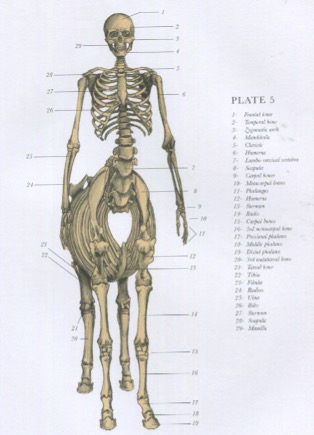 How to Help Students with Dyslexia? Ginger Software

Motorized Screen Does Not Rise or Descend (SCTPG-016)