What image comes to your mind when you think of a ninja warrior? Chances are, you
don’t see a petite brunette, all of five feet tall, with a bright smile and an infectious
energy.

“I knew going into ‘American Ninja Warrior’ that there would be a lot of doubts because
I am a woman and I am a lot smaller than other people out there,” the College of Education
alumna and former Towson University gymnast said as she sat in a suite at SECU Arena
on campus in October, shooting a video interview for TU. She was wearing black Lycra
leggings and a pink tank top, standard stuff for a fitness fanatic who has turned
her talent into a career.

Her dauntless can-do spirit is at least part of what propelled her up the infamously
difficult Warped Wall on NBC’s prime time competition show, “American Ninja Warrior,”
on her way to network history. The attitude forged everything from TV fame to her
own hashtag, #mightykacy. It’s also feeding her life off-screen, as a business owner.

Catanzaro tapes repeat appearances on the show even as she works as part owner of
Alpha Warrior, a technical obstacle course gym in San Antonio, Texas. It seems obvious
that she brings her gymnastics training to work, but for Catanzaro, a Towson education
plays a big part, too.

“You have to be on top of your game,” she explained. “That’s how I felt like I was
in college, and I’ve definitely carried that over to help me be successful in my business
now.”

As a full-time student and a member of the Towson Gymnastics team, the New Jersey
native said she felt like her sport was her job. She was at the gym every day to work
out, which meant she couldn’t work to pay for school. A scholarship let her attend
the university she had fallen in love with when she visited as a gymnastics recruit.
The balancing act between schoolwork and her sport taught her how to manage her time
so she could succeed in more than one area.

The elementary education major loves kids and wants to go back to teaching, though
her energy and attention are focused on her business and her competitions at the moment.
Even that, she said, is fueled by the confidence she gained at TU.

“I was able to believe that I could do this in the real world because when I was here
at Towson, I never felt like I wasn’t as good as the guys. Being here as a student-athlete,
as a woman, I always felt like we were equal to the guys.”

Catanzaro’s efforts aren’t all for personal gain. Ask her about her favorite part
of what she’s doing now, and she’ll tell you how lucky she feels to inspire people.

“I love when somebody comes up to me and they say, ‘Hey, I’ve seen you before and
now I want to get up off the couch and I want to be fit and be healthy, and I want
to really change my life,’” she said with a kind of awed smile. “That’s really my
favorite part about everything, because if you can change one person’s life, then
I feel like you’ve really done something amazing in this world.”

Catanzaro is slated to appear again this summer in “American Ninja Warrior” on NBC.
She and her business partners have plans to expand Alpha Warrior into a larger operation.
But for all the post-college hustle, Catanzaro seemed genuinely happy to be back on
campus. After the interview, she climbed up onto the tiger statue outside SECU Arena,
handed her cell phone over, and asked for a picture while she perched on her hands,
legs extended straight out over the tiger’s head.

Just like the Warped Wall, she made it look much easier than it was.

College of Business and Economics 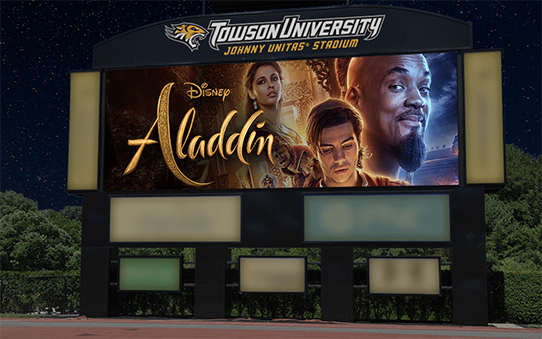