you are watching: For Towerlight staff, news doesn’t take a break here hiddentracks.org

With campus closed to students, the staff of TU’s independent student newspaper works
to publish one last issue

Amid the COVID-19 pandemic, Towson University has moved all classes online. Although
the TU community is maintaining physical distance, we are still focusing on social
solidarity. This article is the first in a series that looks at how different campus
communities are staying together while staying apart.

Before spring break, the staff of The Towerlight, Towson University’s student newspaper,
had one last meeting. It was then they planned to release seven more issues before
the end of the spring term.

After that meeting, editor-in-chief Bailey Hendricks and her fiancé travelled to New
Germany State Park for a camping trip. They agreed that they would check their phones
minimally.

Then Hendricks got the news that would change everything for her and her staff. Towson
University was moving all classes online and asking students to move out of the residence
halls.

In a bid for reliable Wi-Fi, Hendricks drove to a local Walmart and set up a Google
Meet for 20 people, including The Towerlight’s section editors, alumni and members
of the editorial board.

It was then they decided that those final seven issues would be cut to one physical
issue covering the entire spring term and summer.

The staff came back to campus on March 30 to design, write and edit one more paper.

To access the office, the paper’s editorial board required the students to follow
special rules. The editors signed a time sheet limiting staffing to three people in
the office at a time, all spaced six feet apart, and before they left, they had to
wipe down and disinfect their work area.

“I think it’s safe to say that we were all thrown off by this change because it’s
not how we expected the semester to go,” Hendricks says. “But this staff has been
really adaptable. This has given us an opportunity to come together during this weird
time in TU’s history and tell how it happens. I have an incredible staff who is motivated
to take this opportunity and run with it.”

The group is also ready to run with finding new ways to break news. After putting
out this last issue, Towerlight staff will now focus on breaking news exclusively
online for the rest of the spring.

While they still would love to be able to meet in their office on the third floor
of the University Union, they do have experience connecting digitally—both in terms
of work and friendship.

They have a group text message that is not just for talking about news but also for
sharing funny images and videos. They have a Slack channel to keep up with each other’s
stories and photo assignments. And on Wednesday mornings, instead of convening in
the office, the staff has its editorial meetings through online video conferencing.

“This gives us a great opportunity to focus on the online part of The Towerlight’s
business,” Hendricks says. “By not having a print issue the rest of the semester,
it will allow us to get information to our readers as fast as we can.”

For Hendricks, this last issue is bittersweet. The mass communication major has been
involved with newspapers since elementary school. When she graduates, she plans to
step away from print journalism, so the final Towerlight of the spring will be the
final print newspaper she will publish.

What better way to end a newspaper career than by finding a way to get the news to
the community when it needs it most?

“This is such a special gem in TU’s archives that will have our reporting in it,”
Hendricks says. “We’ll be able to look back at this weird time when we were all socially
distant, and on that Monday morning we came into the Towerlight office one last time
and still put out a print issue for the students and community of Towson.

“I wouldn’t want to do it with any other group of people. This last issue is a blessing…it’s
special. We’re going to remember this time in our lives forever.”

To stay up to date with The Towerlight, check out the online edition, as well as their Twitter and Instagram pages.

The Ball is in your Court 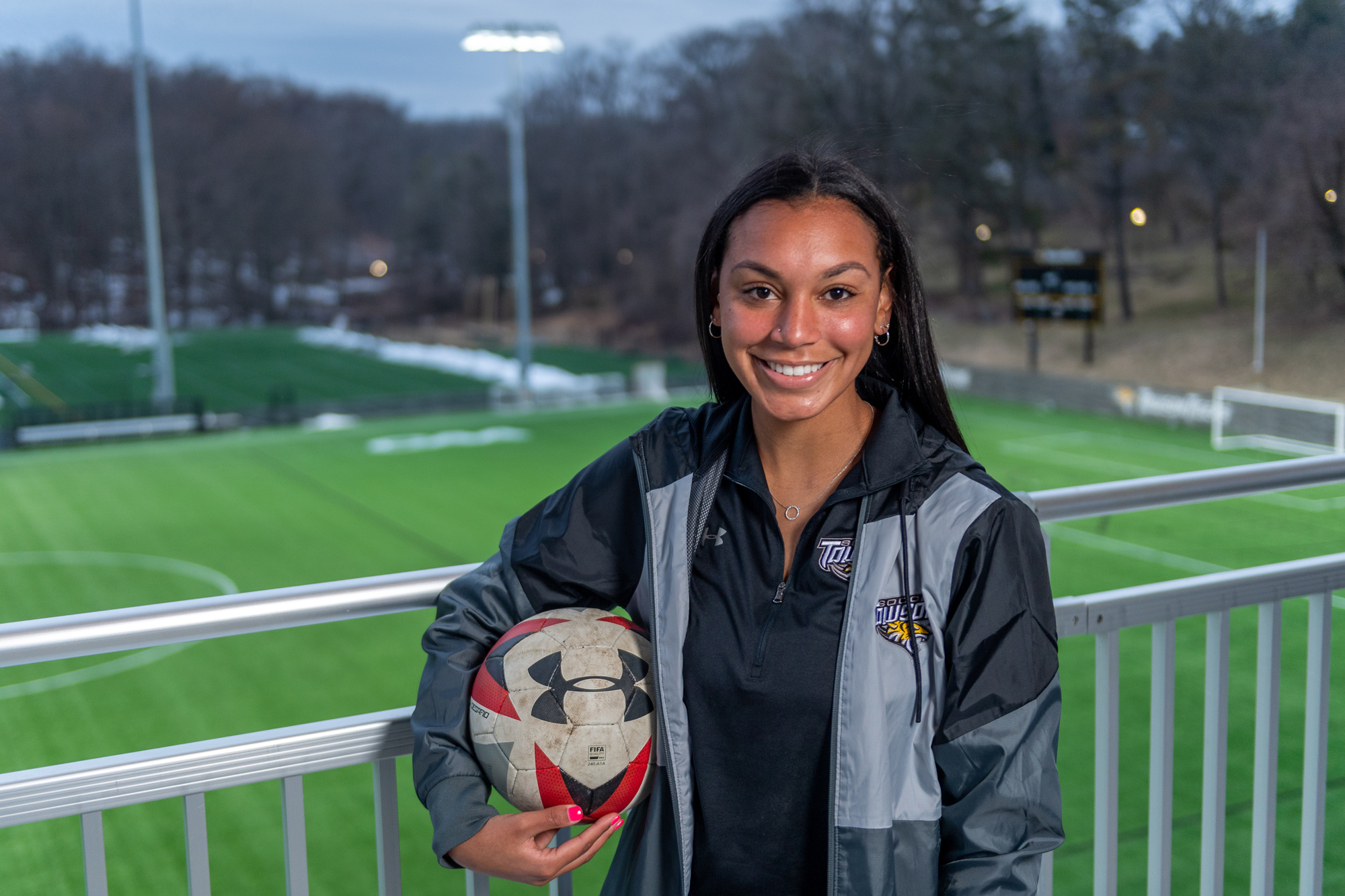 Go out on a Limb