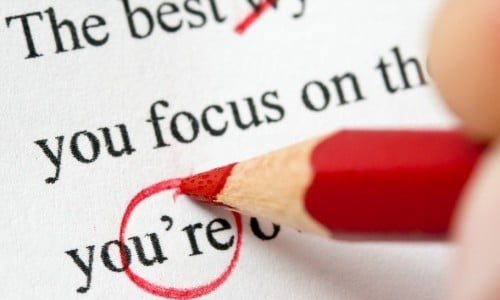 Do you get irritated by those green lines on your word document notifying you of a misplaced or missing comma? If yes, then you are among the many other writers who tend to goof their writing due to the wrong use of comma. The misuse of the comma is one of the most common forms of grammatical mistakes that writers commit in their writing pieces.

Any major mistake in the comma usage can change the connotation of a word or alter the entire meaning of a sentence. So, if you are a newbie writer who wants to be more accurate with his comma usage, here are some of the common mistakes you must avoid:

5. Using A Comma in An Essential Adjective Clause
An essential adjective clause is one that is vital to explain the meaning of a sentence. For example:
It is the place that I always aspired to visit in my lifetime.

6. Using A Comma Before a Subordinate Conjunction
A subordinate conjunction is a type of conjunction that connects an independent clause with a dependent clause. Here are some of the examples:
– Allan missed the train because he woke up late.
– You cannot win the competition unless you excel in the training session.
– He will visit New York after the winter ends.

Wrap-Up
The above-mentioned are some of the common mistakes in comma usage. Hope, this article helps you make the right use of comma in your writing.

About the Author
Anna Marsh is a Pro Writer, Educator, and a Blogger. In her blog, she likes to share her tips about the various aspects of grammar usage. She has a fascination in different cultures and languages. Being a veteran educator, she also helps students with their academic issues. You can reach her Twitter, Google+, and Facebook.

Wear Your Heart on Your Sleeve

For TU in Northeastern Maryland Students